Monday Motivation: Do you think you look funny on a horse? 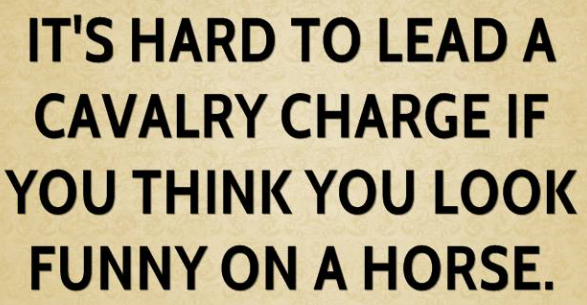 Do you think you look funny on a horse?

I’ve been dying to find a new hobby since my last football game in 2011 when I was a senior at Hampden-Sydney College. I like to play golf sometimes, but I’m terrible at it. I know how to snowboard, but honestly I’d rather sit in the lodge in the mountains and watch college football. I’ve said before that I’m not doing what I love – I don’t love real estate; however, I do love what I do. Yes, there is a difference between doing what you love and loving what you do (click HERE to understand what I’m talking about…skip to 3:45).

I love helping other people accomplish their goals. I can’t solve everyone’s problems, but I love knowing someone that can. By introducing two good people to each other, mediocre mindsets can become excellent. I believe that practice & preparation are more important than the actual game and I believe in giving first, receiving second. With all of those things in mind, I found a new hobby in Podcasting. It’s rough around the edges: I don’t have any professional audio equipment or editing software, and the episodes don’t come complete with intro and outro music. But it’s been an absolute blast. The name of my Podcast is The Bottom Line, and I’ve gotten to learn a lot about myself and other “Average Joes” who are currently on their path to achieve their own definition of success.

In Episode 6, I had the opportunity to speak with Trevor Ikwild, a former college teammate of mine. The focus of this episode was on what I refer to as the “1st C to Success”, confidence. Trevor brought up a quote I had never heard before (which was impressive in itself): “It’s hard to lead a cavalry charge if you think you look funny on a horse”. It sounds silly, but it makes a lot of sense. If you’re not confident in yourself, your appearance, and your actions, how can you expect to lead a group of people to be confident in you? The best part about gaining confidence is that it’s something that can be practiced (after all, that is “The Bottom Line”).

On November 19th, 2011, I played my last football game and I didn’t know what was next. What would I practice for? What motivates me? Even today as a Team Leader of a high-powered real estate team that will produce over $25M in sales volume this year alone, those are still questions I ask myself frequently. If I don’t know the end game, how can I still be confident? If I think I look funny on a horse, how can I lead a cavalry charge?

In the 1993 college football season, the Nebraska Cornhuskers lost to the Miami Hurricanes in the National Championship game. After losing that game, the “Husker Prayer” was created for players wanting to improve their offseason tenacity and amp up their resolve. The commitment to every day improvement became the heart and soul of the team, and was the foundation of the “Husker Prayer”. This prayer continues to be a critical component of Husker tradition still today. Note that I’ve bolded the word “offseason” and the phrase “every day improvement”. As I talk about frequently on The Bottom Line Podcast, preparation and practice are of the utmost importance every single day so that when it’s time to compete in whatever game you play, you’re ready to go out and not just participate – but to win big. The “Husker Prayer” is a commitment to strive, to seek excellence, to win the right way, and to keep faith and honor held high. One player from the 1993/1994 Nebraska team said that “we practiced that way every day and it carried over into our game play”.

When I am working on improving my game and gaining confidence in myself, I repeat this prayer to myself which I led our team in every game my senior year:

Dear Lord, the battles we go through life,

We ask for a chance that’s fair.

A chance to equal our stride,

A chance to do or dare.

If we should win, let it be by the code,

If we should lose, we’ll stand by the road,

And cheer as the winners go by.

Day by Day, we get better and better!

I have learned there is no true definition of success. There is no finish line, there is no end game. But there is a path to excellence…and with confidence, I know that I look just fine on a horse and will lead a cavalry charge any day of the week.

Do you think you look funny on a horse? If so, it’s time to get to work.

Ben Rogers, The Team Leader of The Rogers-Long Team, has been in the real estate business since 2012. In 2014, he began The Rogers-Long Team with Kevin Long, which will produce over $25,000,000 in volume production in 2017. In addition to selling homes and leading the team, Ben records a monthly podcast episode for “The Bottom Line”, which can be found by clicking here. The Bottom Line is a Podcast that is short enough to listen on your way to work, long enough to provide information that helps you execute a plan to win, and motivational enough to encourage a comeback from any failures you encounter. 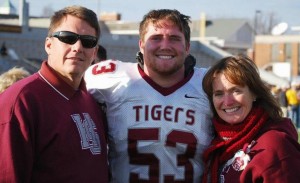 Monday Motivation: The Choice is Yours