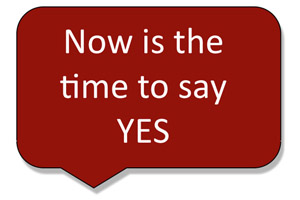 “When you’re early in your career, I think the best strategy is to just say “yes” to everything. Every little gig. You just never know what are the winning lottery tickets.” -Derek Sivers

This is not as much about motivation as it is hard work, sacrifice, and owning your calendar. By turning down opportunities, what doors are you closing for yourself? Don’t get me wrong, there are times to say “no” but early on, there is no reason to turn down opportunity. You truly never know what you are potentially missing. In real estate, one contact can turn around or jump start a career. I was once given a referral from an agent in our office. A person had driven by his listing and wanted to take a look. The property was $110,000 and located in a not-so-great area. It was not worth the other agent’s time to follow up with. He passed it along to me. That buyer turned out to be an early stage investor. I sold him 4 other properties, including his personal home. In 2013, he accounted for almost 50% of my business. You never know who you are going to meet or who you will be connected to. If I had not said yes, someone else would have.

By saying “yes” to opportunities, you will open yourself up to success. It is not easy to always say yes. By saying “yes” you may have to sacrifice other things you would rather be doing. It is easy to say “no” but that will not get you very far. By doing “X” today, will that get me better for tomorrow? Next week? Next year? When you are new, the phone isn’t ringing. Look around at whose phone is ringing. What are they doing? What can you do to be an asset for them? Saying “yes” opens you up for opportunity.

Half of the battle is showing up. When I first started in real estate, the one thing I did was simply just show up. I rarely had appointments but was always in the office. I could hear other agents talking through the walls. I was learning by just sitting at my desk and listening. I shadowed whoever would let me. I was able to see, listen and learn from so many people. Some had been in business for 30 years, others for 15 and some for 5 or fewer. I was the only person in a cubicle. I sat by the front door and every agent who came in the office would see me Monday-Friday, 9-5.  I was the guy you called when a client wanted to see a property last minute on a Friday night. Be open to making sacrifices. You don’t know where those opportunities will lead.

Kevin Long, The Lead Buyer Specialist for The Rogers-Long Team, has been in the real estate business since 2012. In 2014, he and Ben began The Rogers-Long Team, which produces $25,000,000+ in volume annually. In addition to selling hundreds of houses over the past 5 years, Kevin also serves as a mentor to less experienced agents on The RLT and in the company, and he spends most of the little free time he has working on his own personal home renovation project.

Monday Motivation: There’s no growth in the comfort zone