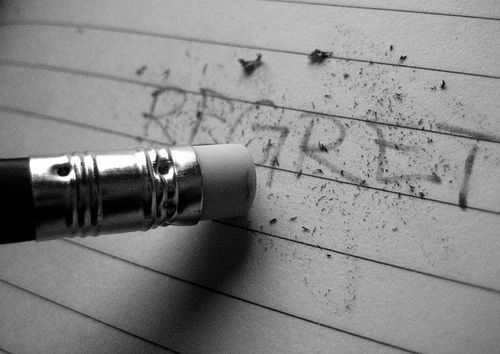 An excerpt from Born a Crime by Trevor Noah

“I don’t regret anything I’ve ever done in life, any choice that I’ve made. But I’m confused with regret for the things I didn’t do, the choices I didn’t make, the things I didn’t say. We spend so much time being afraid of failure, afraid of rejection. But regret is the thing we should fear most. Failure is an answer. Rejection is an answer. Regret is an eternal question you will never have the answer to. “What if…” “If only…” “I wonder what would have…” You will never, never know, and it will haunt you for the rest of your days.”

Regret, what a defeating feeling.

How often do you ask yourself, “What if…” If Only….” “I wonder what would have….”, but now it is too late and you’ll never know the answer? Instead of facing potential rejection and/or failure you will now be consumed by the questions that you do not have the answer to and never will. Stop allowing regret to steer your life. It is time to face the possibility of failure and rejection, the worst thing that can happen is someone says no and now at least now you will know the answer and not wonder “What if…”.

So next time you’re debating whether or not you should do something, think twice. From sticking to your diet to a career change, don’t wonder what could have happened, know it.

Stacy Tolbert, the Executive Assistant to Ben Rogers & The Rogers-Long Team: Powered by Hometown Realty, was a client of Ben & Kevin’s in 2015. After hiring The RLT for her family’s move, Ben returned the favor and hired her to come work with the team! Stacy’s primary role is coordinating transactions from contract to close. In addition, Stacy assists in the marketing of listings and helps with the team’s client care services. In her spare time, you can find Stacy working in the garden, tasting Craft Beer, or managing her three fantasy football teams!