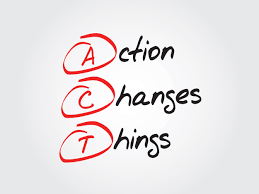 “Have you ever considered how often we judge ourselves by our intentions while we judge others by their actions?”

How many times have you caught yourself talking to a friend about something you should do? “We should really travel more” or “I should really start going to the gym” or “We should get our act together, it’s time to get going”.

You feel good about it, because you intend to change. You judge yourself and motivate yourself by thinking that you’re going to get moving. Here’s the problem: no change occurs until action is taken. Simply “thinking”, “wishing”, “hoping”, or “intending” to do something gets you nothing.

This quote comes from Andy Andrews, a best-selling author and one of the most influential motivational speakers in the world. In his book “The Noticer”, he states “Have you ever considered how often we judge ourselves by our intentions while we judge others by their actions? Yet intention without action is an insult to those who expect the best from you.”

What have you intended to do recently that you never took action on? As you set out to accomplish your goals this week, judge yourself as you judge others…by your actions.

As another best-selling author Brian Buffini states in his book “Emigrant Edge”, “When you’re interested in achieving something, you mostly do what’s convenient. When you’re committed, however, you do whatever it takes. As the Japanese motto goes, ‘Fall down seven times, get up eight.’ Remember: The key to being where few people are is to start doing what few people do.”

It’s a shame that this is the case, but few people act on what they really want. So much thought, so much hope, so much intention. But the fact of the matter is, the formula is actually quite simple and only YOU can control it: Action > Intention.

Monday Motivation: Luck is not a factor