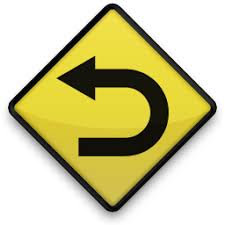 I cried at an 8U baseball game.  Tears of joy for 12 kids and 4 coaches who have built a team with a foundation of 2 words…ATTITUDE and EFFORT! That has been their motto for the season.  It is on their practice jersey’s, it is talked about at every practice and every game.  They have worked hard and give 100% on the field.  Today they went 3-0 to take home “the plate”.  It was a BIG deal for these little guys who just won 2 games last year. I saw today that my youngest son was not just learning to play a sport he loves, but he is getting a life lesson that hopefully will stay with him the rest of his life.

While I was enjoying watching my youngest son win with his team, my oldest was doing the same thing on the lacrosse field.  I can’t be at 2 places at once, and went back and forth in my mind which game do I attend when I can’t be at two places at once, they are 30 minutes away from each other and start at the same time. I stayed at baseball since they had gone 2-0, I knew if they won the 3pm game they would win the tournament and that was a big deal.  After the trophy ceremony my phone rings and it is my oldest. “Where are you?” My heart broke and I cried on the phone as he told me how his game was and that I missed him score a goal and had a couple assist. He was so excited because he has been working really hard on his shot with his left hand. So now my tears of mom guilt for missing his attitude and effort on the lax field. He wasn’t mad at me, but I was mad at myself for missing it.

We’ve all heard it before, life is 10% what happens to you and 90% how you react to it.  So I could let my mom guilt win and cry the rest of the afternoon, or I could push the negative thoughts I was having away and enjoy the winning day my kids just had.  In the past, I would have sulked and pouted, but not anymore. The small things that happen to you in your life shouldn’t affect you and your attitude for the day.  You can chose to be positive or you chose to be negative, but the choice is always yours to make.  Sometimes you need to redirect your attitude to be positive, even when something bad has happened.

One bad play doesn’t define a player.  One lost client doesn’t define a career. But your attitude and the effort you give every day will ultimately make you happier and ultimately will define the legacy you chose to leave, both personally and professionally. Attitude is everything, pick a good one.