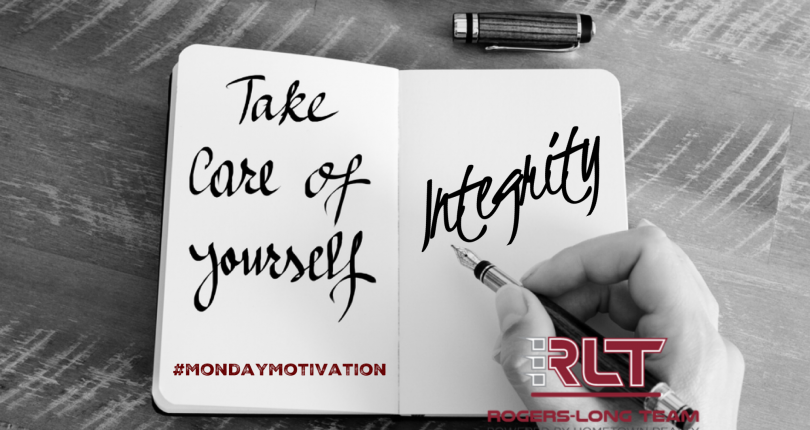 “Monday Motivation” is all about the cliché. We share quotes, videos, stories, and more because it sounds cool, it’s enlightening, and it might just motivate us to get going. The easy part is talking about it; the difficult part is actually doing it. Those who actually commit to the cliché and execute are the ones that typically succeed. A good way to gauge this is by placing yourself on the “integrity scale”.

The word “integrity” is one of those “cliché” words and it can be defined many different ways by different people and here are just a few from a quick google search:

All of that sounds good, but I’m going to break it down much simpler so that we can gauge our own integrity. Try this for a new definition of integrity: doing what you say you’re going to do for YOURSELF and for OTHERS.

On a scale of 1 – 10, how often do you actually do what you say you’re going to do for yourself?

On a scale of 1 – 10, how often do you actually do what you say you’re going to do for others?

It’s likely that you’re not over the moon about your percentage, and that’s normal. It’s also likely that you rated higher in part 2 than you did in part 1. The good news here is that we’ve now pinpointed where improvement can be made.

Where did you fall short on the integrity scale? What can you do to improve? This week your motivation is simple: do what you say you’re going to do – for others…AND for yourself.