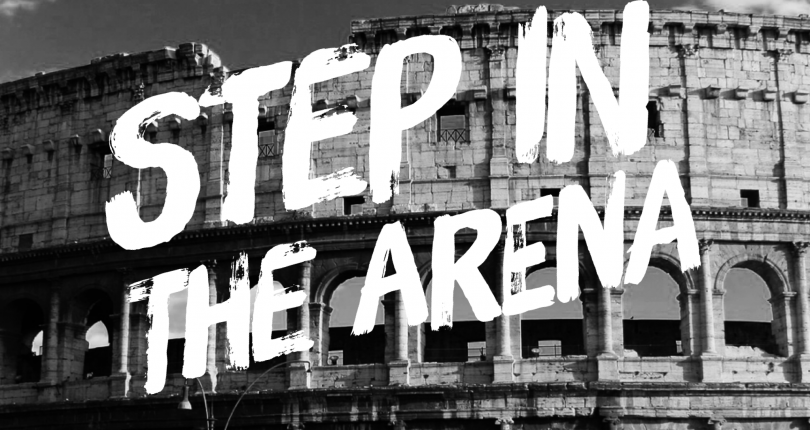 One of my favorite quotes is “get comfortable being uncomfortable”. If we are not pushing ourselves to get better, we are accepting what society has told us, is normal. In order to grow personally, we need to constantly challenge ourselves to see what we can achieve, with some effort and a little courage. Fear holds people back. It suffocates dreams. For most of us, to achieve our dreams, we would not have to put our lives on the line. So what is holding you back from putting yourself out there? Trying something different? What is the worst case scenario if you fail? What are the consequences other than a bruised ego? Will you still be alive? Can you still try it again and know that if you fail, you can still give it another shot? Don’t let other people put you down for you trying to get better. Stop caring about what other people think and focus on what you need to do, to get where you want to be. If you really want it, you will find a way to make it happen.

I am almost done with a book called Tools of Titans. There are about 150 very different, highly successful people, who were interviewed.  Nothing was handed to any of them. They come from varying backgrounds and have made it to the top of their fields. There were some common themes, as I read. Each has some sort of routine.  Some are early morning people. They get up, work out, read and then go to work. Others are strict schedulers. Some completely disconnect from distractions. Each one is different yet allows the individual to achieve the same thing. A routine that provides stability and consistency.

Another common theme was each individual has had to do something that they thought wasn’t possible for someone like them; a “normal” person. What separates these people from the ones who have not achieved their dreams, is that all of these people choose to step into the arena and challenged themselves. And the results speak for themselves. Along the way they were told they were stupid. Their ideas wouldn’t work. They were wasting their time. They shut out the noise and continued to step into the arena, day after day and did not stop until they achieved what they wanted to achieve. We are not stepping into the Coliseum for a fight to the death, so what is holding you back?

Kevin Long, The Lead Agent for The Rogers-Long Team, has been in the real estate business since 2012. In 2014, he and Ben began The Rogers-Long Team, which produces $25,000,000+ in volume annually. In addition to selling hundreds of houses over the past 6 years, Kevin also serves as a mentor to less experienced agents on The RLT and in the company, and he spends most of the little free time he has working on his own personal home renovation project.

Monday Motivation: I Get To Mentality