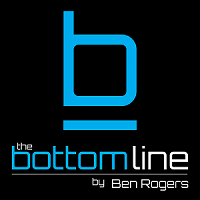 “Straight Shootin'” features a conversation with Blanda Wolfe, UVA Football’s High School Relations Director. Coach Wolfe has been with UVA since 2011 and before that at the University of Richmond where the Spiders won the National Championship in 2008. All three of the recruiting classes he assisted with at Richmond were ranked in the Top 5 nationally for FCS schools. Coach Wolfe’s early years as a coach were spent at Varina High School from the mid-90s through the mid-2000s. During his time as the team’s offensive coordinator, Varina won 85% of its games. Even more impressive, over 60 of Coach Wolfe’s high school student athletes went on to play college football. While at Varina, Coach Wolfe spent many years under a Virginia High School coaching legend, Gary Chilcoat. Over a 9-year period at Varina, Chilcoat coached his teams to 3 region championships and a 91-14 record. He is credited by many as starting the trend for conducting demanding offseason workouts. Coach Chilcoat realized that games are not only won on Friday nights – they’re won when the competition is sitting on the bench.

Listen on Podomatic by clicking here.

The Bottom Line by Ben Rogers is a podcast that links lessons learned from sports, business, and life and is designed to encourage you to get off the bench and go strive for excellence. Frequent guests include coaches, educators, small business owners, and other leaders. Average sits on the bench!

"Implementing The Go-Go" features a conversation with William and Mary Football's Offensive...

"Leadership, Service, Growth" is the three-legged stool according to Dr. Chris Howard, current...

Episode 31 of The Bottom Line by Ben Rogers features a conversation with Jesse Grapes, current...