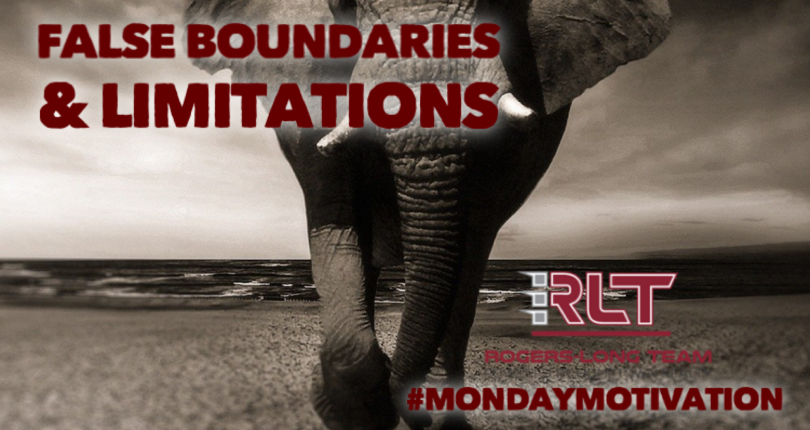 As my friend was passing by the elephants, he suddenly stopped, confused by the fact that these huge creatures were being held by only a small rope tied to their front leg. No chains, no cages. It was obvious that the elephants could, at any time, break away from the ropes they were tied to but for some reason, they did not. My friend saw a trainer nearby and asked why these beautiful, magnificent animals just stood there and made no attempt to get away.

“Well,” he said, “when they are very young and much smaller we use the same size rope to tie them and, at that age, it’s enough to hold them. As they grow up, they are conditioned to believe they cannot break away.  They believe the rope can still hold them, so they never try to break free.” My friend was amazed. These animals could at any time break free from their bonds but because they believed they couldn’t, they were stuck right where they were.

Like the elephants, how many of us go through life hanging onto a belief that we cannot do something, simply because we failed at it once before? How many of us refuse to attempt something new and challenging because of our so called MINDSET?

Your attempt may fail, but never fail to make an attempt & CHOOSE not to accept the false boundaries and limitations created by the past.

Monday Motivation: Anything Can Happen