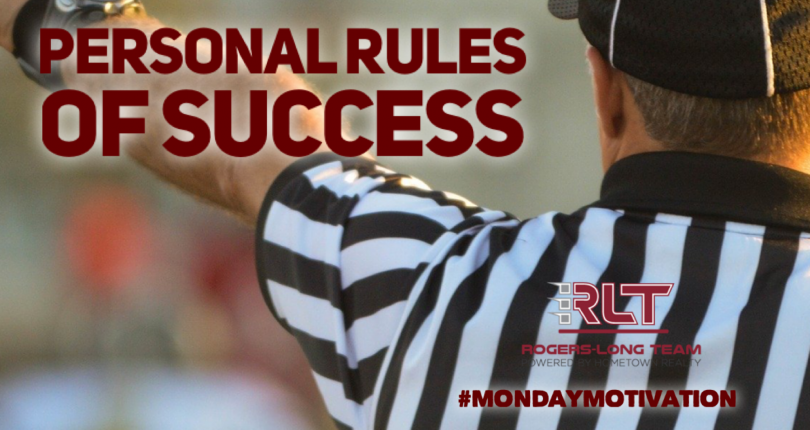 Warren Buffett’s simple wisdom isn’t exactly earth-shattering, but it’s still brilliant. Soon to be 90 years young, the Berkshire Hathaway CEO has shared with the world common-sense investment and life rules that have worked for him.

It will also work for us if we allow these life lessons to resonate deep in our souls, and then apply them to transform our lives. One of those Buffett rules is rather straightforward: Get rid of your bad behaviors.

Most of us have a sense of what’s holding us back from reaching our full potential, and Buffett doesn’t mince words when it comes to conquering your worst self.

I see people with these self-destructive behavior patterns. They really are entrapped by them.

The solution is quite simple. He advised graduating students at the University of Florida to learn and practice good habits early on before it’s too late. Here’s Buffett:

You can get rid of [a bad behavior] a lot easier at your age than at my age, because most behaviors are habitual. The chains of habit are too light to be felt until they are too heavy to be broken. Sure, it’s much easier to shake off bad habits in your 20s than in your 50s or 60s. But whatever your age, getting rid of your most self-destructive habits is crucial for success.

What bad behaviors to get rid of

When we were children, our parents would tell us things like: Stop talking with your mouth full, don’t burp in public, and stop hitting your brother. Has anything changed now that we wear big-boy pants?

Hardly. We’ve elevated mud-slinging in the playground to accepted corporate norms and behaviors that are taken unfortunately for granted. Here are five bad behaviors to consider getting rid of.

Gossip is stealthy and many working professionals are unaware of when it happens, even when they’re the perpetrators of gossip.

In its worse and darkest sense, gossip is used by people to further their own reputations and interests at the expense of their colleagues. And yet, it’s hard to walk away from a juicy story and, for those addicted to gossip (yes, it’s a thing), even harder to keep to themselves.

So when gossip permeates the hallways of an organization to the point where the workplace becomes a hostile work environment, there are dire consequences:

2. The inability to actively listen

Effective communication isn’t just about talking; great conversationalists listen intuitively to others’ stories, asking questions, and searching conversations for depth, meaning, and understanding. This takes the skill of being present and in the moment, meaning you cease having the need to talk over others to get your point across, which works to your advantage. Because when you listen — truly listen — you hear peoples’ objections, anxieties, and fears, as well as the solution to problems.

Lying is a fascinating psychological enigma. When I looked over the research about why people lie, it typically boils down to two reasons:

Don’t take that last point personally. Your colleagues may lie because of your very best qualities as well. But truth be told, it’s your worst qualities that will trigger the most lies in others.

That brings us to something obviously lacking at work — integrity. Let me bring back Buffett to illustrate. In one of his annual letters to Berkshire Hathaway shareholders years back, Buffett wrote: “It takes 20 years to build a reputation and five minutes to ruin it. If you think about that, you’ll do things differently.”

How do you ruin your reputation in five minutes? Don’t take responsibility for your actions. Anyone’s reputation, whole career, or success can quickly fall like a house of cards no matter the hard effort made or accolades won over the years.

Buffett is saying that, without integrity running through your veins, you’re going to eventually fail. He is so sure that integrity is the life force that gives a person his or her influence and success, he once said that if you hire or promote people with intelligence and energy but who lack integrity, “you really want them to be dumb and lazy.”

The question is, which of these do you need to get rid of?