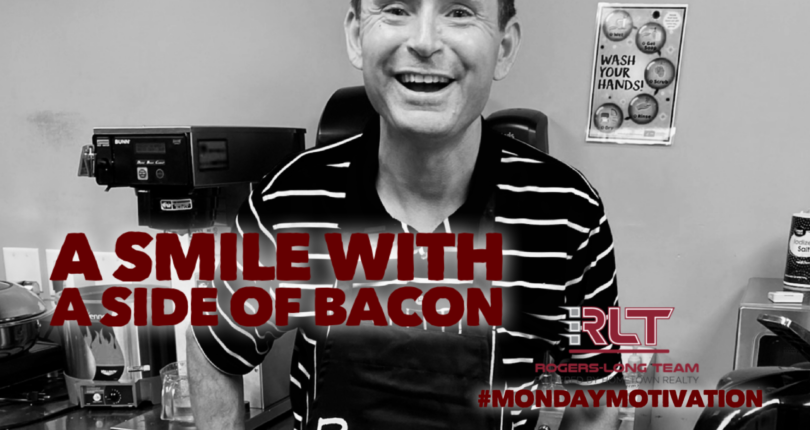 I spent the majority of my summer following my 10-year-old little boy playing baseball on his little league All Stars Team. Him and 11 other baseball brothers set a goal of making it to the World Series, and that’s exactly what they did. They ended up finishing third place overall out of 19 teams IN THE WORLD SERIES. Not too shabby. The surprise bonus for me as a proud Mama, was meeting so many different people, in different cities & from different cities, and all different walks of life. We met some rude people, we met some really fun people, and we met some extremely kind people.  My favorite city would have to be Lawrenceburg, TN. A town in the middle of nowhere, and every person in that town was NICE!

This is a picture of Billy. He’s probably the nicest man you’ll ever meet. Over the course of the week we got to know him very well, as he served us breakfast every single morning at the hotel, and ALWAYS with a smile. We would sit and chat with him while he was serving people and learned more about him and daily his routine. Billy had been laid off from Shoney’s during Covid,  he had been the head chef there. He then went and got a job as a greeter at Walmart, which probably is the perfect job for him being the nicest person in the world. When the owner of the hotel, Josh (also one of the nicest people you will ever meet) saw him at Walmart, he asked Billy to come be his chef at his new hotel that he just built. Billy graciously excepted and went to work for Josh.

We learned that Billy got up every single morning at 3 AM to come into work to prep for the day. The week we stayed at hotel was very busy with all the different baseball teams. Hotel was was completely full. Billy’s Kitchen was packed each morning. There were some people that weren’t so nice as they had to wait for their meals. But Billy served every single one of them with a smile, every single morning. His memory was amazing he come out to confirm orders “eggs over here, waffles over there, biscuits and gravy here, bacon! I got fresh bacon coming up real soon”.  Always with a smile.

We’ve all had bad things happen in life. We’ve been hurt by someone.  We’ve all certainly had bad days. And some of us have been laid off just like Billy. But it’s how you choose to treat other people no matter what you’re going through,  is how you are going to through this life happy. Billy is a perfect example of powering through the hard times sticking to your routines and coming out on top. Treat people the way you want to be treated. Our kids still talk about Billy. How happy he was, how wonderful it was to start each and every morning with someone that had such a big smile on their face. So if your days got you down you just not feeling it, think of Billy.  Or the next time you’re faced with someone who is not so nice, put a smile on your face. Talk it through. It’s extremely hard sometimes to just smile but what if we did. What if we turn the other cheek? What if we thought long and hard before reacting and treated them they way you wanted to be treated? It’s extremely hard not to want to lash out when someone tells you something you don’t want to hear. But what if we were all like Billy and served a SMILE with a side of bacon.