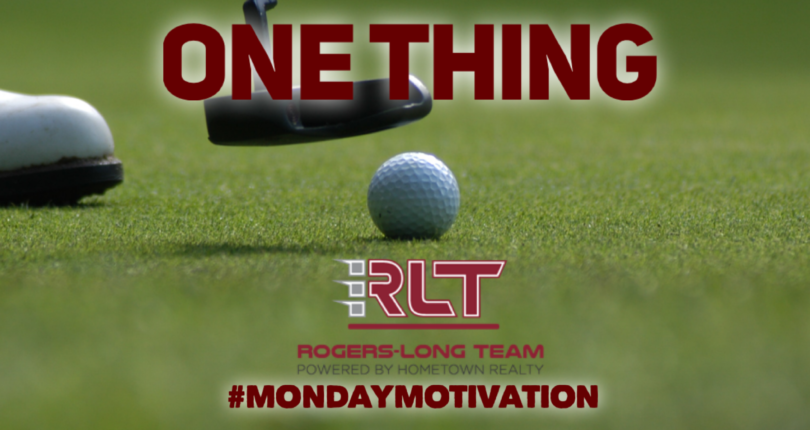 Yesterday, golfers Bryson DeChambeau and Patrick Cantlay teed off together in the final round of the BMW Championship. It was set up to be an exciting day of golf not only because of the playoff points at stake but because of the drastic difference between the two golfers.

DeChambeau is a wild golfer to say the least. Like a mad scientist, he always seems to be on the brink of one little thing that will improve his game and he’ll stay at the course after a round until it’s pitch black trying to work out the kinks. Although he’s always looking for different ways to improve his game, none of his experiments affect what is “One Thing” is: the long ball. He hits the ball further than anyone on the Tour, making him quite exciting to watch. He is committed to doing whatever it takes to have the longest drive, no matter what other little things he’s working on. His long drive is his consistency.

Cantlay is quite the opposite. Obviously, he hits the ball far, too, as most professional golfers do; however, his game is much calmer and less brute than DeChambeau’s. He’s more of a “feel” golfer, meaning that exacting his swing mechanics aren’t as important to him as sticking to the process – which for him is a peaceful demeanor. He’s never too high, never too low, and he continues to hit the ball in the fairway and keep it straight with a nice and easy swing. That’s his “One Thing.”

Both of these guys are exceptional golfers even though they go about it in different ways. Everyone has different approaches to success, but across all successful people one thing remains constant: they all have their “One Thing.” Here are some other examples:

There are examples like this across all sports and of course in business, too. Having your “One Thing” is proven itself to be effective time and time again. I’ll always remember a quote that was at the top of one of the pages of my high school agenda that said: “Concentrate on what you do well and do it better than anyone else.” I’m not sure who said that but it of course makes a lot of sense. Here are some examples of well-known authors and business leaders who speak this same language:

Retired Navy SEAL Jocko Willink speaks and writes about his “Four Laws of Combat.” Two of these four laws are about this very subject – “Simple” and “Prioritize & Execute.” We live in a very complex world with distractions aplenty, yet the best of the best are still finding ways to get it done. How? They have found their “One Thing” and they do it to the best of their ability…and usually better than anyone else in the world. When you find your “One Thing,” everything is simpler, time moves slower, and there’s rarely a question on what to prioritize.

I’m not saying that it’s not good to work on your weaknesses or broaden your horizons – of course both of those things are good. But in the grand scheme of things, we don’t have much time to go from good to great.

You might not be a professional golfer, a Super Bowl champion, or Kobe Bryant. Chances are you won’t have $5 billion dollars to give to others before you die. But if you find your “One Thing” to focus on, you prioritize it, and you execute it…you might just have a chance to become great.