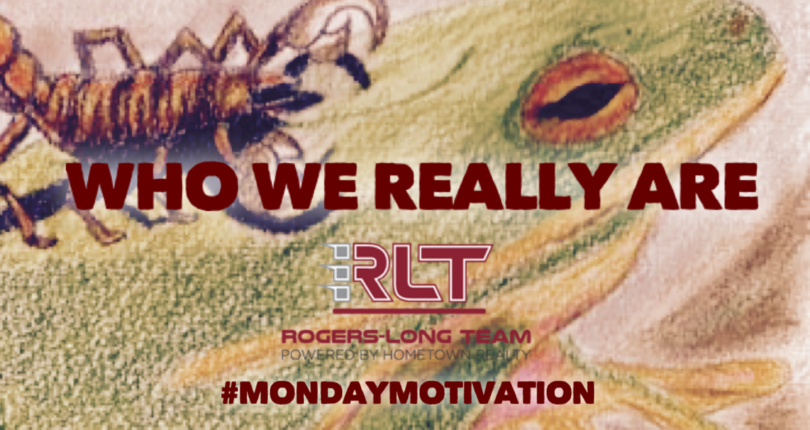 Who are we? I woke up this morning at 1:15am and saw a text from Dawn. It read “Don’t forget you have MM tomorrow”. My reply to Dawn was “SHIT!!!” I started to think of stuff to do. Maybe a movie. Oops, I mean video😊 Then I thought. That’s an easy way out. So, I thought of a story I heard a long time ago about A scorpion and a frog. So here it goes

So, what’s the moral of the story. The moral is that like the scorpion, humans possess compulsions they cannot repress even when its in their best interest.