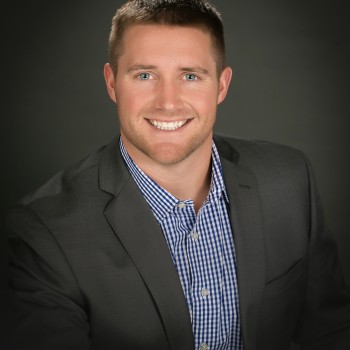 Team Leader at The Rogers-Long Team: Powered by Hometown Realty

Born and raised in Hanover County, Ben graduated from Hanover High School and Hampden-Sydney College. An avid football fan, Ben played the sport for 16 years of his life and while at H-SC, won 2 conference championships and was named to the American Football Coaches Association 1st team All-American team. Ben graduated from cum laude with a Bachelor of Arts in Economics and at HSC’s Commencement in 2012 he won the Gammon Cup which recognized character, scholarship, and athletics. Throughout childhood and college, Ben became known to his teammates and classmates as a tireless worker obsessive over preparation and attention to detail. Ben frequently found himself in leadership positions on and off the football field, and has always committed himself to helping others accomplish their goals.

Today in the wild world of residential real estate, Ben is known by his clients, co-workers, and business partners as that same person: a connected leader with a nonstop work ethic, always prepared for what’s next. Clients & friends will consistently hear Ben preaching a positive attitude and the phrase “build the army”, as he is committed to surrounding himself with other people who are motivated to do good in the community, become better, and strive to be the best.

Since being licensed in 2012, Ben has won multiple real estate awards and has accomplished many milestones including:

When Ben isn’t assisting clients or managing The Rogers-Long Team, you can find him working with both new and experienced agents at Hometown Realty in a variety of training courses.

Outside of the real estate, Ben founded TBL Coaching LLC which is a performance coaching company for current or aspiring leaders who crave significant and continual improvement in themselves, their relationships, and their teams – both on and off the field of whatever game they play. Our clients include leaders in sports, business, and other areas of life. As a supplement to the coaching business, Ben sends out a weekly newsletter called Thursday Fire and hosts a podcast called The Bottom Line. Past guests include University of South Carolina head football coach Shane Beamer, VCU head basketball coach Mike Rhoades, best-selling authors Bob Rotella, Kevin Eastman, and Alan Stein, Jr. and the well-known business leader Tony Markel of Markel Corporation, which is valued at over $15 billion.

In 2018, Ben married the love of his life Emma and in May 2020, Ben & Emma welcomed their daughter Elliott into the world. In September 2021, the family of three will welcome a baby boy into the family! Ben, Emma, and Elliott reside in their hometown of Hanover County with their dog Ernie. In their spare time, you can find Ben & Emma hosting patio parties with friends and relatives and when they’re not home, you can find The Jolly Rogers on a quick weekend getaway, usually visiting out of town friends. In the rare scenario when Ben isn’t with Emma and Elliott or at the office it’s probably because he’s found an excuse to watch football or travel to a live sporting event anywhere in the country!